DYSTOPIAN / UTOPIAN VISIONS OF THE FUTURE CITY IN VR

Valencia was chosen as the World Design Capital in 2022, and the city’s innovation center, Las Naves, teamed up with Non Architecture to create a format that would bring citizens closer to the Climate Mission 2030. To do this, Non Architecture selected five teams from its community, three from Valencia and two from other countries, and worked with them to develop five virtual reality scenarios through a gamified design process.

EX FIGURA is a young studio with an experimental design approach. The context is always the foundation - the starting point of every decision. Respecting the environment and wondering about the future are a part of the process. After, the constant research on alternative ways of designing, thinking space and materiality becomes an endless stream of references that feeds new creations. It considers everything done before, regardless of the artform, moment, culture or origin, taking whichever aspects from those examples into an improved architecture. In the end, the new atmospheres are seamlessly connected to the world, to people, to Nature.

C · LAB was conceived with a purpose of discussion between the critical approach and the architectural expression. The materialization of the project is carried out from a space of collective research-experimentation, in which the social engagement as a key role in the transformation of the public space is understood through the graphic tool as a common language. The members -Alicia Marco, Mar Monfort and Eduardo Puertes- are young architects from the ETSA-UPV (Valencia), with international training and multidisciplinary experiences. Their careers run through research, curating and architecture. In their collective work they combine analytical capacity, a technical approach and cultural understanding with the purpose of finding out the needs of the contemporary city to build new imaginaries in the Valencian context and culture.

RAREA is a partnership formed by Patricia Mascarell and Daniel Vera, two Valencian architects based in London. In their practice, they seek and explore new methods to present research and an alternative view of architecture, focusing on true flexibility, non-linearity, identity and the distributions of power. This results in projects that question the invisible architecture and its processes, from the design to the act of living. Their work, narrative driven and visual, attempts to activate conversations within the audience by means of a wide range of formats and genres: ranging from film to installations and dystopia to utopia.

Quatre caps is a visualization studio formed by architects and artists. The five members of the team are: Bernat Ivars, Carlos Lopez, Didac Sendra, Juan Suay and Miguel Tomás. Our studio is based on three main pillars: The production of architectural and product visualizations for studios such as MVRDV or Powerhouse among others, teaching, and graphic and conceptual research in personal works where we explore techniques such as photogrammetry, retopology or virtual reality. Recently one of these personal works, specifically The nice host, has been selected to be one of the projects that will represent the Spanish pavilion at the Venice Biennale. Our way to transmit messages is through images, in them we express our interests and concerns ranging from urbanism to ecology.

Lloyd was born in Zimbabwe, raised in Botswana, trained in South Africa and spent upwards of eight years travelling. He is driven by new experiences in his creative and social realms; feeding off the unknown and with hunger for knowledge and adventure. He spent four years working in the Netherlands and London finding opportunities for the urban metabolism framework to contribute to the sustainable development of the city. He is on a constant quest for new creative solutions to the complex issues of the built environment, and believes in an honest architecture that can critically engage with its environmental, political and social environment. For the past two years he helped set up and has been lecturing at the Architecture department in the University of Ibadan, Nigeria. Currently he is working on 3D interactive gaming environments which are deployable on a website. Lloyd is constantly searching for new forms of architectural representation and has explored a myriad of different approaches including Augmented reality, Digital mapping, Virtual reality, Interactive Video Games as well as mastering most visualisation programs.

These scenarios depicted the potential consequences of climate-related issues in both dystopian and utopian ways, using iconic locations in the city as their backdrop. The results were presented on a VR website, allowing citizens to access the VR artworks and be transported to a climate-changed future using their smartphones at the selected locations. The results of the process were also displayed live at Las Naves and presented at a public symposium.

Through this project, Las Naves was able to raise significant public awareness about climate-related issues in the city and bring the climate agenda to the attention of many people who might not normally engage with it, thanks in part to the powerful images and extensive press coverage generated by the project.

A publication on the spatial implications of the future of universities to contribute to the INTREPID EU Cost action. 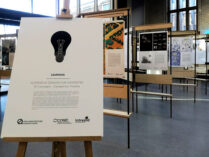 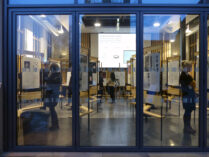 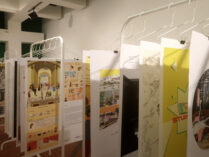 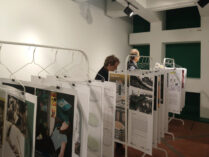 The Intrepid COST action was a four-year program and network-building initiative focused on exploring the future of education, with a particular emphasis on universities. The Institute of Social Sciences at the University of Lisbon and ISEG, the leading parties in the project, invited Non Architecture to join the project and develop initiatives aimed at their design community. In this context, Non Architecture launched “Learning – Alternative Designs for Education,” a crowd-sourced research and design contest that collected participants from all around the world. The results of the contest were compiled into a book, which provided an overview of the potential implications and future developments of design for learning spaces. The book included over 55 design concepts, 3 articles, 5 student projects, 9 essays, 3 illustrations, and 2 photo essays. Findings were also shared throughout the project with all the experts involved, in live conferences, exhibitions and wor

Through this Learning, Intrepid was able to add a more inclusive and visual dimension to their research, bringing fresh and diverse perspectives from creatives around the world. 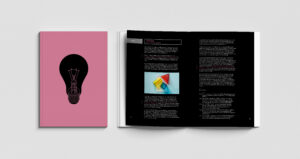 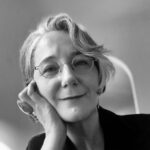 Principal Researcher at ICS-ULisboa, coordinator of the INTREPID COST action

There are three reasons, at least, why the concept, methods and networks of NonA provide much needed quality support to the exploration of alternative futures: they can reach fast and wide across nations and cultures, providing precious diversity and plurality of voices, especially younger generations; they bring creative, out of the box thinking to an otherwise colonised space for imaginaries; and they increasingly bridge across disciplines to offer richer answers to the urgent questions of our times. 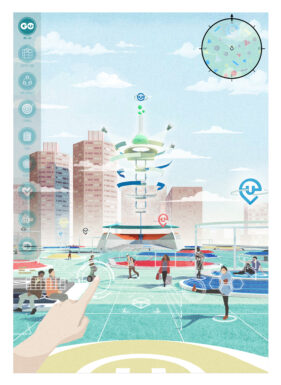 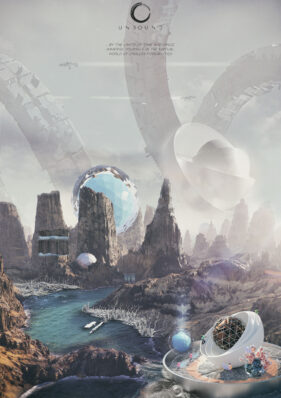 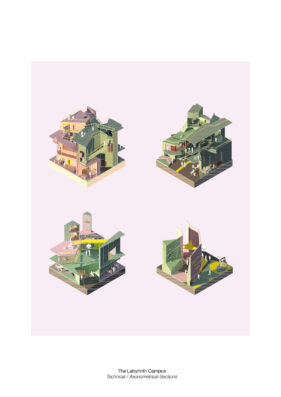