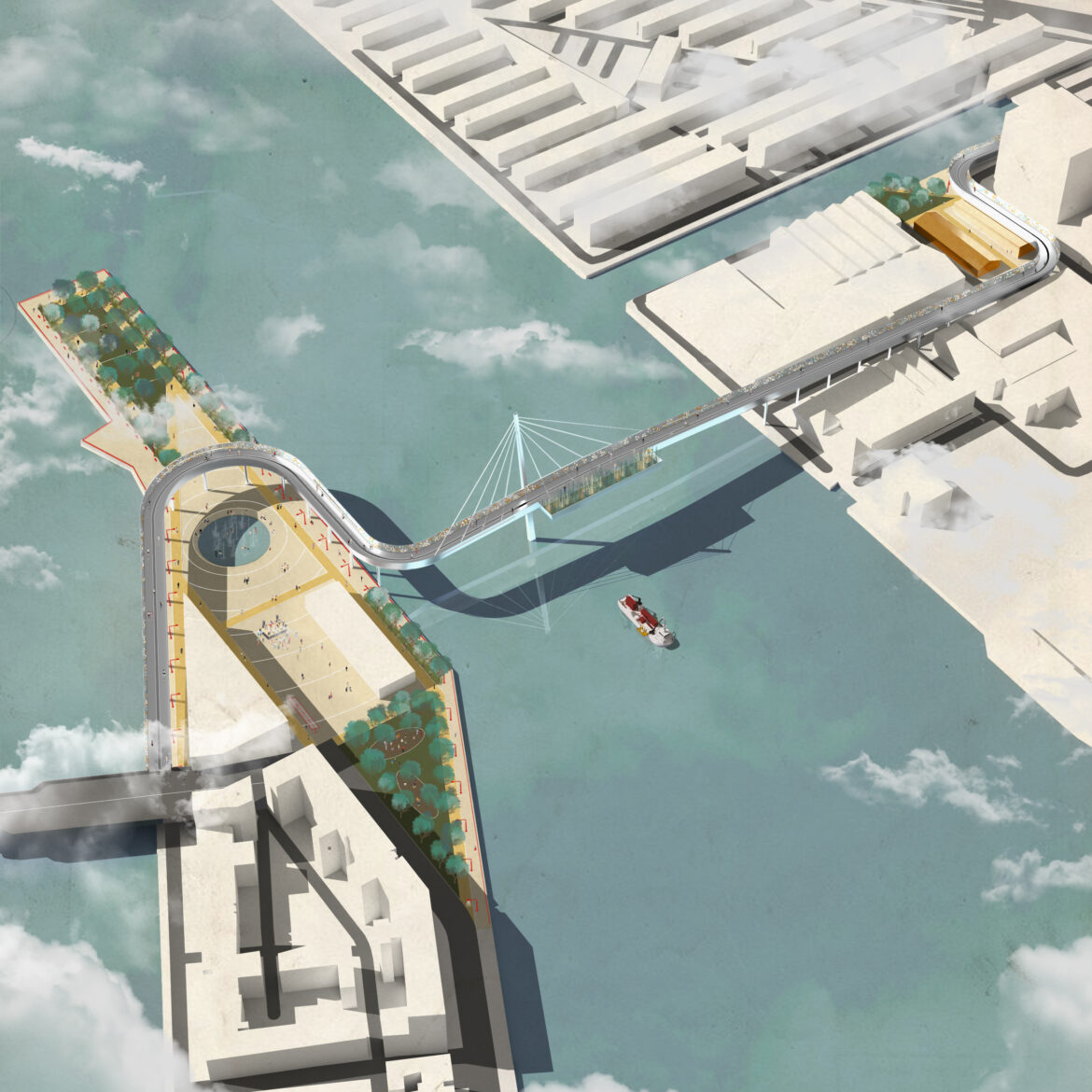 In Amsterdam, the lack of a cycling bridge over the river Ij has been a controversial issue for many years. Currently, the city is one of the few that does not have bridges for pedestrians or cyclists, and most people must use a ferry to cross from north to south.

The problem is complex, as the river has high traffic flow, and it would be difficult to integrate a bridge into the existing urban context. Additionally, there is pressure from citizens living and working in the north of the city, which is now difficult to access, to find a solution to the problem. Despite the urgency, the city has not yet found a viable solution. In response, Non Architecture invited designers from around the world to come up with creative solutions that would finally reconnect the north side of the city. More than 70 teams participated in the challenge, adding new energy to the debate around the need for a bridge over the Ij. 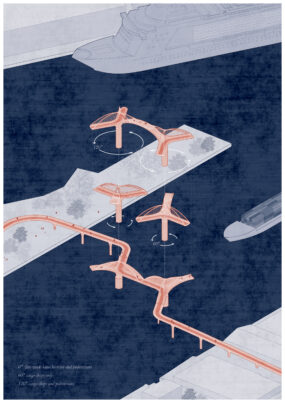 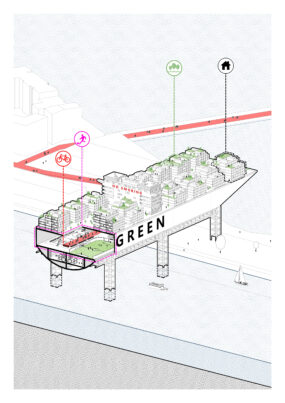 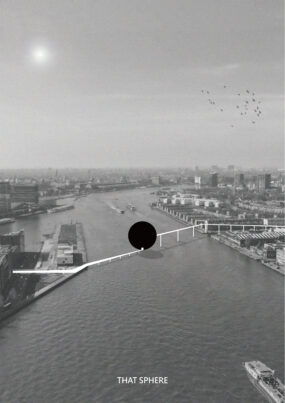 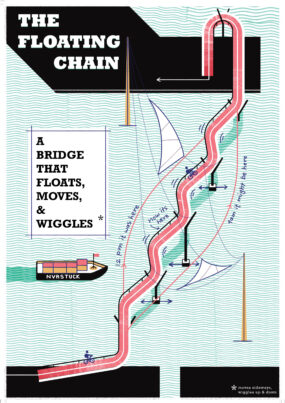 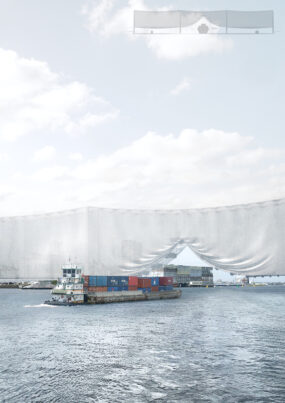 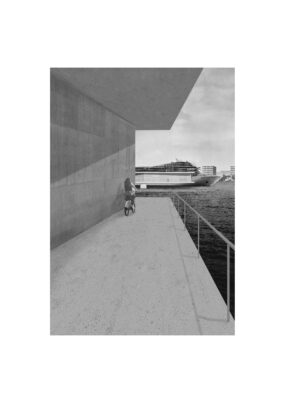 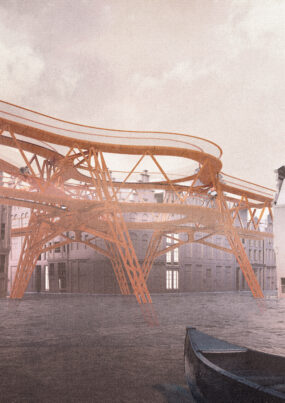